Navigate supported the launch of a major new coating technology during London International Shipping Week followed by a similar exercise in Singapore. With six weeks notice we put together a comprehensive plan that supported the sales and marketing team and generated positive and in-depth coverage in over 50 marine and coating publications around the world.

Identify and prioritise media list
Using our 1000 strong database of marine journalist contacts plus in-depth research of relevant coatings titles we identified a list of around 250 journalists. These journalists were segmented and prioritised in terms of strength and relevance of publication.

Site visit to launch venue
The product launch was scheduled to take place at a trade show. We visited the venue to ensure the best possible room and facilities were selected for the launch.

Developing press kit
The product being launched was highly technical in nature. We put together a press pack containing all the material to allow the journalists to write in-depth articles. This included key facts and figures, a press release, hi-res imagery, and logos.

Preparing for and attending interviews (London & Singapore)
We ensured that the key spokesperson for the interviews was well prepared and drilled. We practiced interviews, ensuring that the key messages were communicated and that difficult questions were anticipated.

Press conference arrangements
All logistical arrangements on the day of the launch were handled by Navigate. We ensured that all journalists were made to feel welcome and introduced to key members of the client's sales and marketing team. The same process was undertaken in Singapore three weeks later.

Issuing statements
We drafted a press release well ahead of the launch and then distributed to all the relevant journalists via our specialist email distribution software. Follow up phone calls were made to key media contacts.

Handling follow-ups and media monitoring
Once the press release was issued, the Navigate team dealt with numerous technical in-bound enquiries. A full media coverage report was delivered to the client four weeks after the launch. 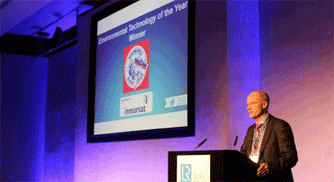