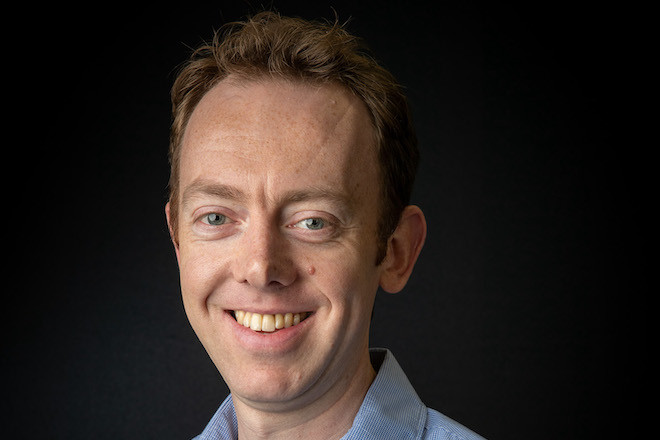 Tom Irving takes the helm as CEO at ITIC

ITIC - International Transport Intermediaries Club – has appointed Tom Irving as its new Chief Executive Officer (CEO) during its Annual General Meeting earlier this month. Irving is taking over from ITIC’s long serving Stuart Munro, who is retiring on 1 November 2021.

“We are delighted to announce Tom Irving’s recent appointment as CEO of ITIC. Tom has been a valuable member of the ITIC team for over 10 years, covering various positions during his time here from an Account Executive to Executive Director. Owing to Tom’s extensive background and current duties within the company, he will have overall responsibility for all matters within ITIC. Tom brings a wealth of experience and knowledge to this role and he will undoubtably be a great asset to the organisation as its CEO.”

“I would also like to take this opportunity to thank our current ITIC CEO Stuart Munro, who retires soon. During Stuart’s 16 years as CEO, ITIC has seen substantial growth in premium, number of members and the free reserves, which have increased from US$61.0m to US$213.9m. On behalf of the ITIC Board, I would like to thank Stuart for his years of service and wish him all the best for his retirement.”

Irving’s career at ITIC began over 10 years ago, joining the Thomas Miller Sydney Office in 2007 after graduating from Victoria University, New Zealand, with a degree in Law and Arts. During the beginning of his career at ITIC, Irving spent three years handling a range of property and liability claims for the TT Club’s Australasian members, as well as handling claims for ITIC and the UK P&I Club as a correspondent. In 2011, Irving joined ITIC as an Account Executive, becoming ITIC’s General Manager and CEO, in 2016 and 2021 respectively. He is also an Executive Director of ITIC.

“I am excited to be taking on this new position. ITIC has been a big part of my career and I look forward to steering the business through the challenges ahead. First and foremost, I am looking forward to reconnecting with members and brokers after the disruption of the last 18 months. It is an honour to succeed Stuart as CEO, who leaves ITIC in a very strong position. I would like to thank him for his leadership and guidance over the years and on behalf of all at ITIC wish him well in his retirement.”

About ITIC
International Transport Intermediaries Club (ITIC) is the world’s leading provider of professional indemnity insurance to transport professionals across the globe.

As a mutual insurer, it has over 90 years’ experience providing cover to companies in the marine, naval architecture, aviation, rail, offshore and hydrographic industries. With 3,100 members in over 110 countries and with a worldwide network of correspondents, ITIC is the acknowledged leader in its field.

ITIC’s insurance has been developed primarily to cover claims of negligence – errors or omissions. Cover can also extend to specialist areas such as debt collection, loss of commission income, cyber liability, cash in transit and directors’ and officers’ insurance. ITIC’s wide cover also includes a unique discretionary insurance which could support claims not normally be paid by other professional indemnity insurers.

ITIC is managed by Thomas Miller. More details about ITIC and the services it offers can be found at www.itic-insure.com